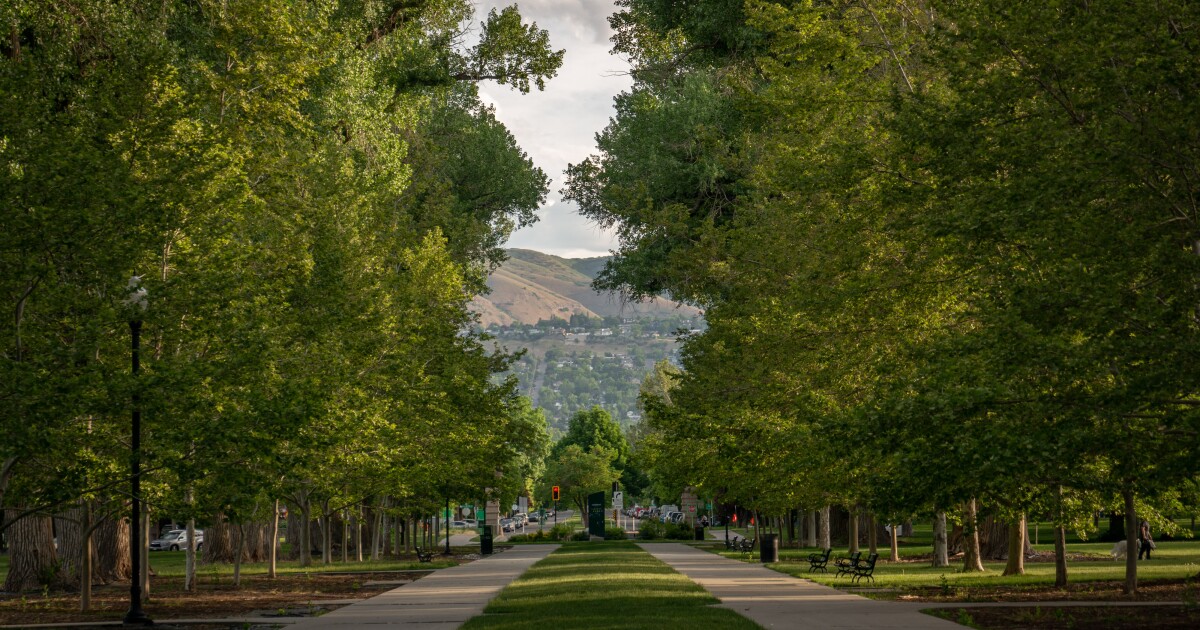 Temperatures in Salt Lake City are rising and this will affect some residents more than others. Amy May, executive director of the nonprofit TreeUtah sees it as the result of the city’s inequitable urban forest.

“Much like everything in Salt Lake, the west side neighborhoods have been neglected over time,” she said.

Trees improve air and water quality, improve mental health, reduce energy consumption, and reduce heat — but the tree cover west of I-15 is much sparser than on the East Coast.

With few trees and a high concentration of roadways, buildings, and other surfaces, the average ground temperature is significantly higher than in most other regions.

People of color and low-income residents also disproportionately live in areas with fewer trees, according to the city’s Urban Forest Action Plan.

“Neighborhoods with less canopy will be impacted more by rising temperatures and inclement weather,” he said. “They’re going to be tougher – they’re tougher places to live already.”

Salt Lake City is already working to alleviate inequity in urban forests, including an initiative to plant at least 1,000 trees on the West Side each year. City officials are also working on the Urban Forest Action Planwhich will outline ways to equitably improve and expand the city’s tree-lined landscape and ecosystem.

“There’s a saying in forest circles that the best time to plant a tree was 30 years ago,” Gliot said. “The next best day is today.”

As the city plants more trees, residents won’t feel the most significant effects for years. The profit from each new tree, Gliot said, will grow exponentially over time.