Can Utah – and its residents – survive the cut in federal COVID-19 unemployment assistance? 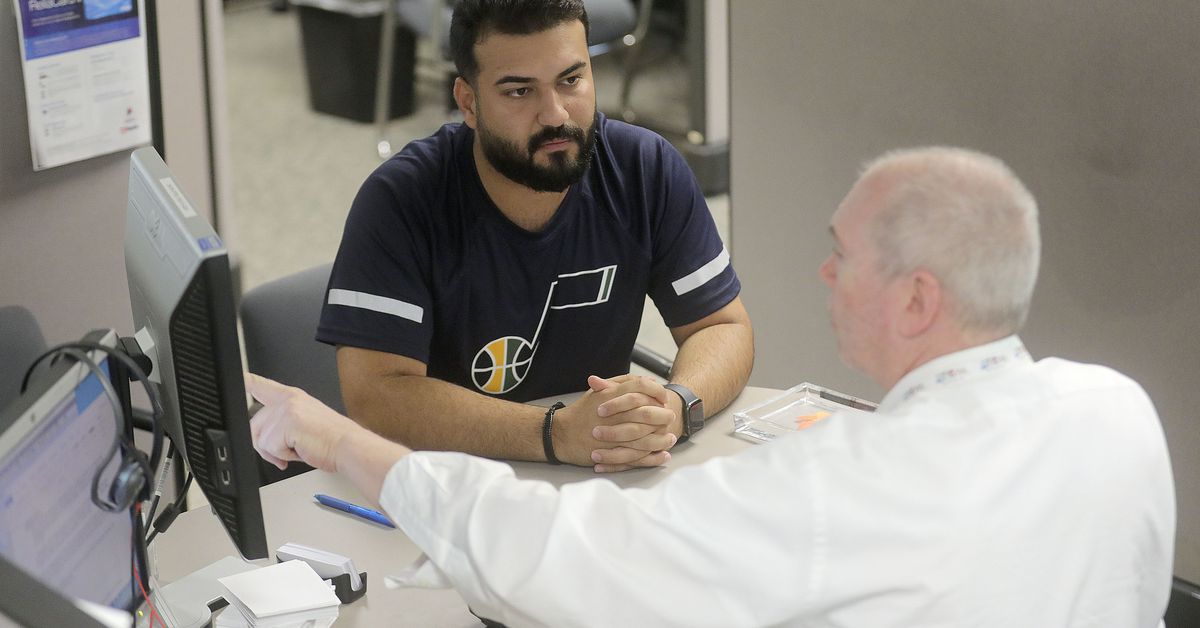 Is Utah’s economy and tens of thousands of workers still out of work ready for a change on Saturday that comes with a $ 50 million prize?

Utah Gov. Spencer Cox said his decision to end pandemic-related federal unemployment benefits to some 24,000 Utahns two months ahead of the deadline was the right call amid rising employment from state and robust recovery from the impacts of COVID-19.

But some say they face constant challenges finding work even as the state’s unemployment rate drops to 2.7% and employers advertise 70,000 current job openings. A southern Utah resident recently wrote to the governor describing the hardships he and his wife face as she struggles to find work after losing her job during the pandemic.

“It affects us personally,” said Barry Brumfield of St. George.

The governor gives the reason for the cut

“This is the next natural step in getting the condition and people’s lives back to normal,” Cox said in May when the decision was announced. â€œI believe in the value of hard work. With the lowest unemployment rate in the country … and many well-paying jobs available today, it makes sense to step away from those added benefits that were never meant to be permanent.

â€œThe market should not be competing with the government for workers. “

He also noted that other â€œsafety net programsâ€ such as assistance with rent, utilities, food and medical bills will still be available.

Cox is one of some two dozen Republican state governors across the United States who have made similar decisions regarding the early end of federal pandemic benefits, saying the added benefit keeps people from wanting to work.

Labor experts say the shortage isn’t just about the $ 300 payment. Some unemployed people have also been reluctant to look for work because of fear of catching the virus. Others have found new occupations rather than returning to their old jobs. And many women, especially working mothers, have had to leave the workforce to care for children.

â€œI mean, it’s the perfect example of a disconnect between people in normal life and people who are struggling to get back on their feet,â€ King said. â€œThere are many, many people who are worried – afraid – of going back to work. “

What â€œfrustrates me the most,â€ King said, is that Cox’s decision â€œreflects this thinking from many across the aisle that people don’t want to work. This is fundamentally wrong.

In early June, the Utah Department of Workforce Services reported that just over 24,700 residents were on some type of unemployment benefit, of which about 12,000 were on traditional benefits plus the federally funded pandemic allowance of $ 300 per week. About 11,000 others were still receiving unemployment insurance benefits under federal extensions also created to mitigate the economic impacts of COVID-19 on American workers. And about 1,200 Utah gig workers – people employed by companies like Uber, Lyft, GrubHub, and others who are classified as contractors who are exempt from typical unemployment benefits – have also received benefits under federal emergency warrants. While federal deadlines for most pandemic-related benefits for the unemployed are due to expire in early September, Cox’s order suspends them 10 weeks ahead of schedule.

And it’s a decision that worries Barry and Stacey Brumfield.

The experience of a family

In an interview with Deseret News, Barry Brumfield said he was a longtime Republican who also voted for Cox in the 2020 Utah gubernatorial election, but felt that the governor’s decision to reduce early federal pandemic benefits was a bad call.

â€œWe are very unhappy with this decision,â€ said Brumfield. â€œWe truly believe in the individual rights and benefits of your own hard labor, but we have come to the point where we feel our hard work has been lost.

“We support the other things that (Cox) does, but that’s our only argument because it affects us personally.”

Brumfield, who is retired, said his wife lost her 13-year job at SkyWest last year as the air travel industry was nearly at a standstill by the pandemic. As Stacey Brumfield continues to look for work, Barry Brumfield said the only offers she had had so far were for minimum wage jobs and at 63 she was unable to start a new job. new career.

In a letter to Cox, Barry Brumfield wrote that his wife’s job search experiences have led her to believe that employers in their area are looking for younger prospects.

â€œGovernor, you may think you are doing what is best for your constituents, but my wife and I are among those who will be greatly affected and hurt by your decision,â€ Brumfield wrote. â€œMy wife’s job is ‘essential’ so that we can pay the bills and stay out of poverty.

â€œHowever, my wife, who worked in the airline industry for 13 years, lost her job due to the pandemic and the drastic decline in airline operations. Now she is unemployed by the state and the federal government, which is vital for us. She is 63 years old and has been looking for a job since the start of the pandemic. His attempts to find a job were unsuccessful due to his age !!! Businesses want someone younger !! said the letter.

The Brumfields aren’t the only Utahns who find themselves both nearing the end of their career and currently looking for a job. As of June 17, the Department of Workforce Services reports 13% of those currently unemployed are 60 years or older.

But the majority – 68% – of those who will be affected by the suspension of federal pandemic benefits are in the “peak working age” category of 25 to 54.

And that’s a statistic that some economists say bodes well for Utah’s overall economy, which continues to outperform the rest of the country.

Phil Dean, former director of the state budget and current senior public finance researcher at the Kem C. Gardner Policy Institute at the University of Utah, said Utah’s economy is well positioned to absorb the $ 50 million that will be lost in the suspension of federal benefits in the event of a pandemic.

â€œI just think we’re at a point in the economic recovery where it really makes sense to do it,â€ Dean said. “Overall, the elimination of the benefits will have a negligible impact on the economy … although some pockets will recover more slowly than others and some households will feel these changes.”

Dean said it’s important to remember that standard UI benefit programs will remain in place and those who fail to find employment will still have access to the standard claims process.

He said that while the programs launched by the federal government to mitigate the worst economic impacts of COVID-19 on individuals and families were the right answer at the time, current circumstances no longer demand the additional benefits.

â€œThe scale of the challenge we had in the midst of the pandemic along with the government’s involvement in restricting the private sector made the initial response entirely appropriate,â€ Dean said. “And it’s entirely appropriate now to take those enhanced benefits and go back to the traditional programs and system.”

At a virtual Facebook event on June 15, Cox reiterated his belief that his decision to end the pandemic-related benefit and allowance extensions was the right economic call and highlighted efforts to channel additional funds towards worker retraining programs.

Cox said the state has spent $ 16.5 million to help more than 5,700 people get training and find better employment opportunities through the Learn and Work program. He also noted in a press release that the state has committed an additional $ 15 million that will go to Utah training institutions to help those who want to upgrade their skills improve their employment opportunities.

You can find more information on the possibilities for retraining at jobs.utah.gov/jobseeker/career/index.html and uselessah.org/learn-work.

Camp under the stars, near the waterfalls at these sites at WI

Report: Nevada’s children among the worst affected by pandemic