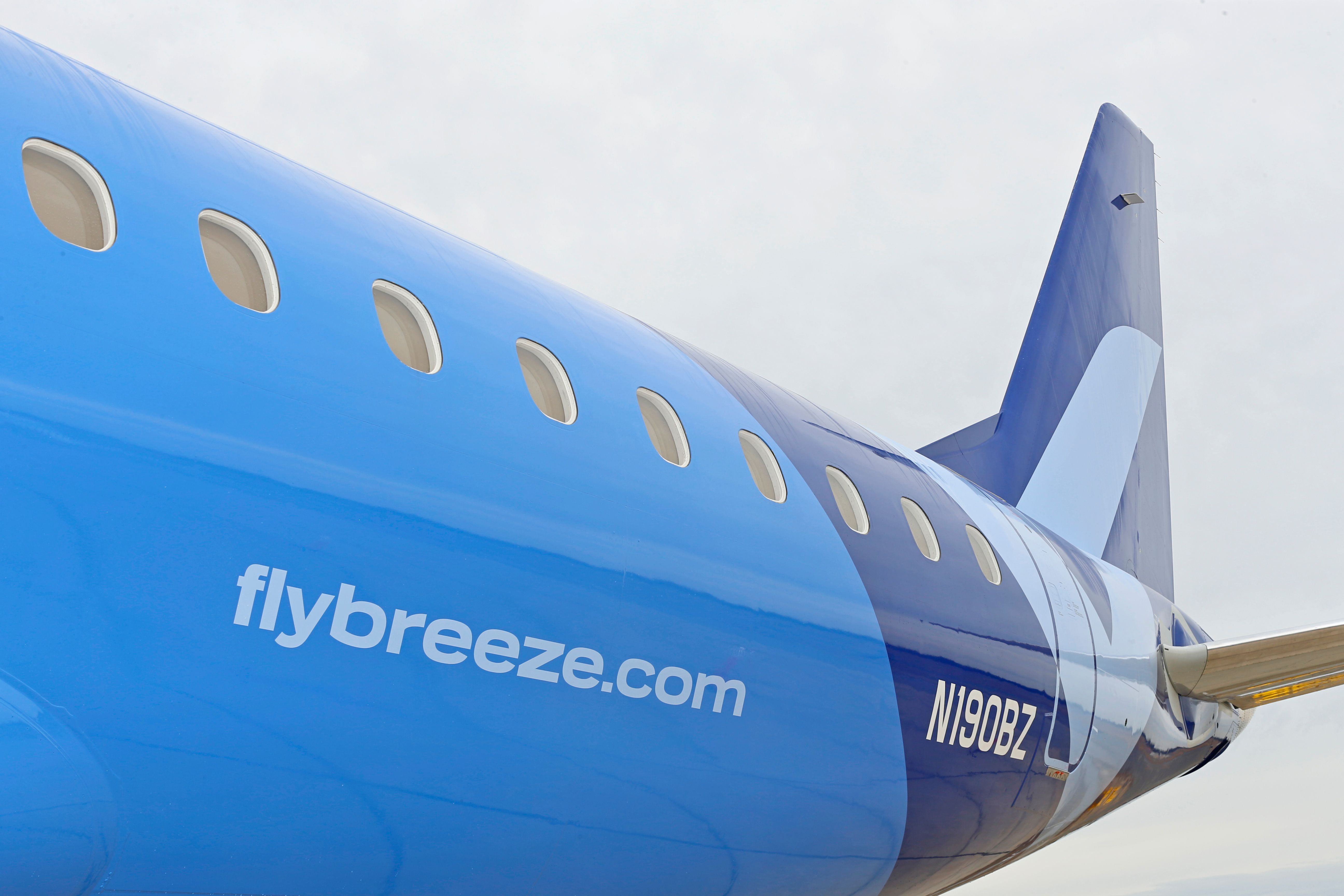 The new destinations are:

The airline’s flights between Las Vegas, Los Angeles and San Francisco will be nonstop, while San Bernardino and Westchester will be one-stop “BreezeThru” flights. BreezeThru flights involve a quick stop at an airport where passengers will stay on the same plane.

The airline will offer daily flights on all routes. Photo: Breeze Airways

“That’s been the question on everyone’s lips since we opened our offices in Cottonwood Heights – when are you leaving Utah? We’re excited to continue growing and hiring from here, and now flying from here. The airport will provide our customers with a quick and easy way to get to both coasts.”

One-way fares will start at $29 for Las Vegas, $39 for Los Angeles and San Francisco, $49 for San Bernadino and $89 for Westchester.

Provo Municipal Airport began construction on a new $55 million terminal in 2019 and officially unveiled its new facility on Friday.

“It’s a beautiful building and the city and the whole region have done a great job supporting this service.”

The state-of-the-art 75,000 square foot terminal currently features four gates with the option to expand to 10 gates.

“We’re a Utah-based operation, and it’s really great to be able to expand service here. Hats off to Mayor Kaufusi for having the foresight to build the new terminal. We couldn’t have gone there without the new investment.”

Breeze Airways will compete with Provo mainstay Allegiant Air, which will also serve Las Vegas and Los Angeles. A few weeks ago, Allegiant Air announced that it would base four planes in Provo starting in November as part of a new $95 million base.

The carrier has been active in Provo for nearly a decade and is currently the only scheduled carrier serving the airport. Allegiant unveiled four new Provo destinations on Friday, including Las Vegas, San Diego and Portland.

Are you happy to see Breeze Airways at Provo airport? What flight do you have your eye on? Let us know in the comments.

Journalist – With 10 years of experience as a travel writer and aviation analyst, Luke has worked with industry leaders such as Skyscanner, KLM and HotelsCombined throughout his career. As an avid traveler based across the Middle East and East Asia, Luke offers solid knowledge of the travel and aviation industry.