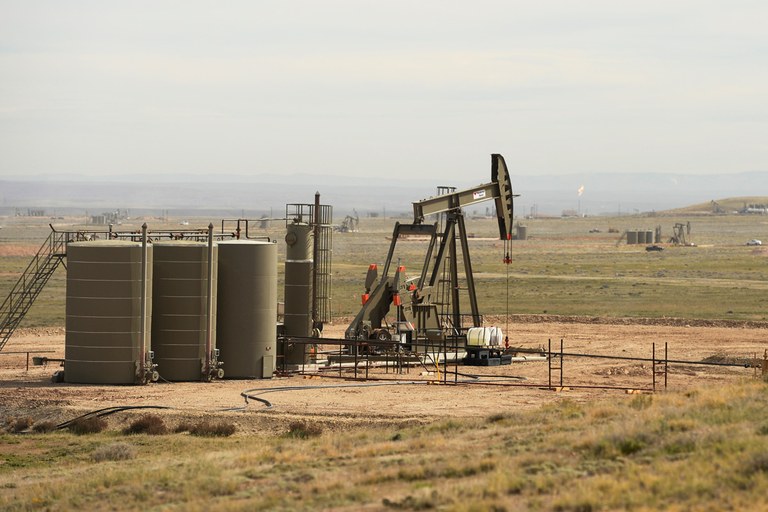 In mid-April, the Biden administration complied with a 2021 court order and restarted the federal oil and gas leasing program, ending a nearly 15-month moratorium. But don’t expect a return to the rental program of yesteryear; instead, as Interior Secretary Deb Haaland pointed out in a statement, it is being redesigned to be better, stronger and less industry-friendly. When considering land to be auctioned, Haaland said, the department plans to consult with tribes and “the best science available.” And royalty rates will be increased by 50%.

Yet the response from climate advocates and environmentalists holding ground has been swift and harsh: President Joe Biden, they said, had reneged on his campaign promise to fight climate change and ban all new development. oil and gas on public markets. lands. WildEarth Guardians climate and energy program director Jeremy Nichols put it bluntly, saying the administration was guilty of “climate denial” and “in bed with the oil and gas industry.”

It’s one way of looking at the Biden movement. But it’s not the only one. Simply put, the administration reversed a largely ineffective moratorium that was never intended to be permanent. In doing so, however, he quietly carried out much-needed repairs to a faulty system in a way that, if acted upon, could bring about significant change on the ground.

In January 2021, just days into his first term, Biden announced he would end quarterly oil and gas lease sales “pending the completion of a comprehensive review and re-examination of federal practices in oil and gas permits and leases”. In other words, he promised to delay issuing new leases while the Home Office figures out how to reform a clearly dysfunctional system.

Environmentalists applauded the move, with some going so far as to say it would keep hundreds of billions of tons of greenhouse gases in the ground. Meanwhile, the oil and gas industry, many oil-state Republicans and a few Democrats, were outraged. Ryan Flynn, President of the New Mexico Oil and Gas Association called the moratorium “a blockade around New Mexicoof the economy”, and predicted that “unemployment will rise, state revenues will fall and our economy will come to a standstill”. Both reactions were exaggerated. Biden never intended to completely ban oil and gas drilling, and the industry did not collapse.

Here’s what really happened during the moratorium: The Biden administration continued to issue drilling permits — 3,557 of them, including 1,941 in New Mexico, which produced record levels of oil, making it the nation’s second largest producer after Texas; and oil and gas producers generated more than $5 billion in tax revenue, an all-time high, giving state lawmakers a huge budget surplus. (They even gave teachers raises.) There are now 30 more active rigs than at the start of the break, as well as about 1,500 additional jobs. And methane emissions continued to rise, while the burning of all these petroleum products released billions of tons of carbon into the atmosphere.

In other words, the rental break had virtually no effect on the pitch. It’s not because the location doesn’t matter; It does. A company must lease the land before it can apply for a drilling permit to develop it. But the companies already have about 26 million acres of public land under lease, about half of which is not in production. This means they could have continued to develop land at a rapid pace for years without acquiring new leases.

The rental break had virtually no effect on the pitch.

Either way, the industry and a handful of oil and gas states have taken legal action. And last June, a federal judge appointed by Trump ordered the administration to lift the moratorium. In August he agreed to comply, although he is also appealing, and in November he published a list of plots for rent. But before the sales could go ahead, a pair of conflicting court rulings over the social cost of measuring carbon took the leasing away. disabled the table, then set it go back on again. (It is complicated.)

While all of this was unfolding, the Home Office completed its review of the program and, last November, published his findings: The century-old system of oil and gas leases favors industry profit at the expense of conservation and multiple use, and it has failed to provide a fair return to US taxpayers. The report recommended increasing fees, royalty rates and minimum rental offers to modernize and rebalance the program. Even though the environmental community had been saying similar things for years, the report was widely castigated for failing to tackle climate change and for not having a plan to implement the reforms.

But the administration has a plan, as was made clear when the lease resumed, and that plan somehow addresses climate change. Originally, 733,000 acres were nominated for the June sale, but the Bureau of Land Management will only put 144,000 on the auction block – an 80% reduction, and something Interior is proud of. In Montana, half a dozen plots were grubbed up because they overlapped pronghorn migratory corridors, while 97% of Colorado plots considered were postponed to protect sage-grouse habitat. More than 360,000 nominated acres have been held up in Wyoming, and even more western parcels could be taken off the table after the protest period.

This marks a sharp break from the past, when the BLM auctioned off nearly every designated parcel at rock bottom prices, regardless of protests or tribal consultation. Jade Begay (Diné and Tesuque Pueblo of New Mexico), the Climate Justice Director of the NDN Collective, tweeted that the acreage reduction and Haaland’s promise to better integrate tribal contributions marked a “huge victory for the peoples indigenous and western communities who have been affected”. by climate change.

The minimum bid for plots remains at $2 an acre, in defiance of the administration’s own recommendations. Yet if and when sold leases are drilled, companies will have to pay 18.75% on the value of the oil and gas, far more than the 12.5% ​​that has been in place since 1920, when Congress passed the Omnibus Act. mining leases.

“I’m glad we finally have an administration that recognizes that the status quo for our oil and gas leasing program is a rip off for the American people,” Rep. Raul Grijalva, D-Arizona, said in a statement. “If we’re going to let the fossil fuel industry pocket more of our public land for drilling, we should at least make sure they pay a decent price to do it.” The Center for Western Priorities reiterated that sentiment, calling the reforms “good news”, although the WildEarth Guardians’ Nichols responded by castigating: “ASHAMED”.

A recent study found that around a quarter of all greenhouse gas emissions in the country come from fossil fuels mined from public lands – a good reason to “keep it in the ground”. Still, it’s unclear whether Biden has the legal authority to ban development outright; so far, even the ineffectual pause has failed to stand up in court. The authors of the study recommend adding a “carbon levy” to new leases and putting in place other restrictions at the drilling stage to reduce emissions.

Meanwhile, there’s the administration’s new strategy in Utah. In November 2021, the BLM offered to put over 6,600 acres across the state on the auction block. But in response to public outcry, he now plans to take offers on a single 159-acre parcel. And there is even a catch: the successful bidder will have to clean an existing building, well disconnected on the site. At least it marks a clear change in the status quo.

Jonathan Thompson is a contributing editor to High Country News. He is the author of Sagebrush Empire: How a remote Utah county became America’s public land battlefront. Email him at [email protected] or send a letter to the editor. See our Letters to the Editor Policy.

Learn more about energy and industry