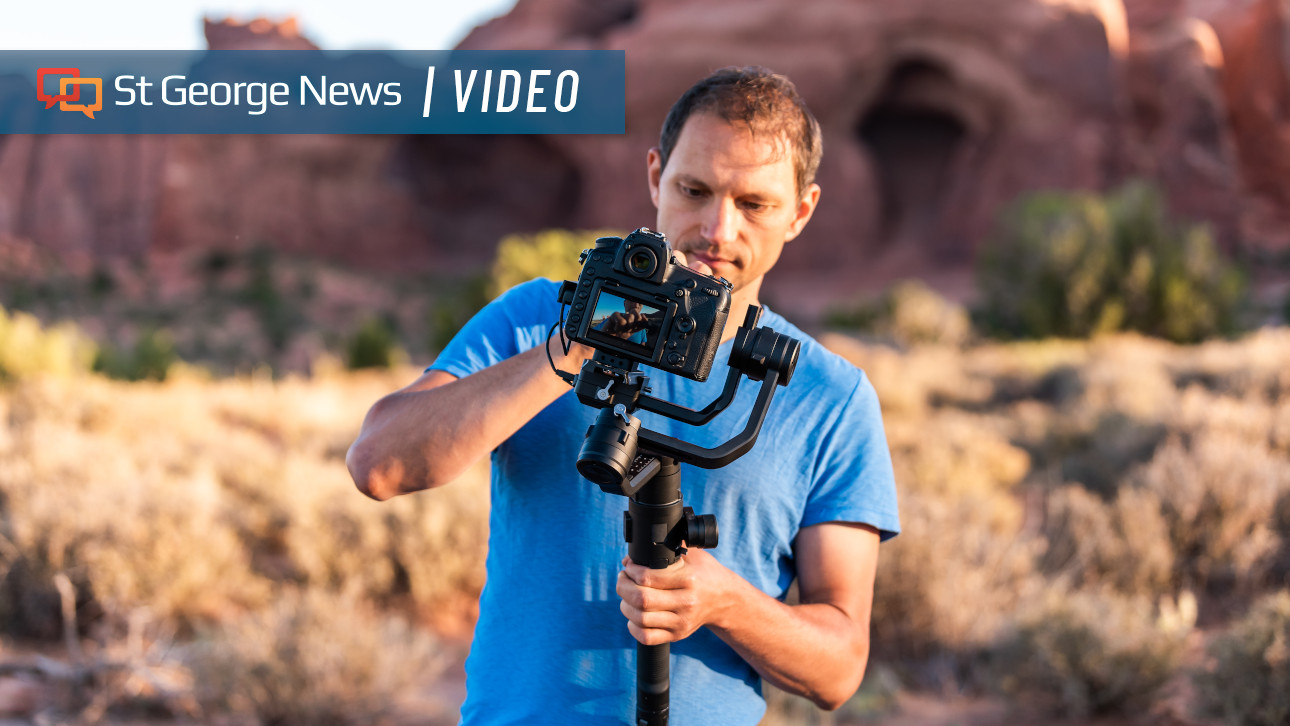 Washington County has a new designation as one of the state’s Film Ready Utah communities. And the Greater Zion Convention and Tourism Office officials say the film initiative will help Southern Utah’s economy and the local university.

“We would like to see the movie industry grow in Washington County for a number of reasons,” said Joyce Kelly, international marketing manager for the Greater Zion Convention and Tourism Office. “It would create local jobs, contribute to our local economy, and support our film school at Utah Tech, educate and retain students.”

The Utah Film Commission’s Director of Marketing and Communications, Christina Martin, recently announced the Film Ready Utah program. Communities that receive this designation are ready to support the filming of productions in their area with access to locations, professional crews and vendors.

Martin said his office is working with local areas to obtain Film Ready Utah certification to ensure they are ready to receive production requests. Sites must also have a collection of film-friendly locations listed in the Utah Filming Locations Database available at this link.

“Iron County is currently working on their certification and we hope to announce them as a Film Ready Utah community in the future,” Martin said.

The Greater Zion Convention and Tourism Office has supported the film industry in the past in Washington County and was optimistic about Film Ready Utah.

“The film industry will not only contribute to our local economy, but it will also help build our film school to educate and retain future filmmakers and industry workers,” Kelly said.

In the past, the Greater Zion office has assisted film, television and commercial productions. Currently, a potential movie scouting location in southern Utah is “Horizon: An American Saga,” Kevin Costner’s Period Western. Kelly said that if there were any other productions on any scale being considered, she was unaware of them.

“I can tell you that the ‘Horizon’ production is currently being scouted in Washington County, but nothing is final at this time,” Kelly said.

And if they decide to film this production in Washington County, she said the potential financial benefits would include:

The Utah Film Commission coordinated with city and county officials to allow more rural areas to support production filming in their areas. The Film Ready Utah designation provides a local support network and access to resources and signals to the film industry that these communities are ready to support their work.

The St. George-based Film and Media Alliance of Southern Utah said many people could outfit major productions in Washington County. They are working on a database of crews and resources for filmmakers. The non-profit organization’s mission is to inspire and nurture filmmaking talent of varying skill levels in Southern Utah through a series of events.

“We want more film activity here in town and we think this is a great place for that,” said John Pugh, co-founder of Film and Media Alliance of Southern Utah and director of the Film Festival, John Pugh. .

Pugh added that Utah Tech and Southern Utah universities have excellent film programs and students and graduates are willing to work on films.

Additionally, he said, some community professionals continue to work for studios in Los Angeles but choose to live in southern Utah.

“I think it would be nice to see more people within this community who are in the movie business come forward and speak up and say they want to see,” Pugh said.

Additionally, he suggests that Washington County be included more when the state film commission discusses upcoming movies in Utah. Pugh said he sometimes feels like this area “gets lost in the mess because we’re here on the outskirts.”

The Utah Film Commission has been bringing jobs and local economies since 1974. The commission began promoting Utah as a destination for film, television and commercial production. Pearce said the state impact of Utah’s movie incentive program is $463 million in economic impact. Over the past 10 years, it has also created more than 34,600 production jobs statewide.

The Utah Legislature approved a new targeted tax credit for rural films in its 2022 season. And Pearce said the Film Ready Utah program is expanding economic opportunity across the state.

About the Utah Film Commission

The commission is a program of the Governor’s Office of Economic Opportunity. The Utah Film Commission markets the entire state as a destination for film, television and commercial production by promoting the use of professional local crew and talent. In addition, the commission highlights support services, Utah venues, and the Movie Incentive Program. The office also serves as a liaison with the motion picture industry, facilitating production needs throughout the state.

According to a press release, thousands of productions have been filmed in Utah, including “Butch Cassidy and the Sundance Kid”, “Thelma and Louise” and “127 Hours”. Many episodic series were also filmed in Utah, such as “Yellowstone”, “High School Musical”, and “Westworld”.

Click here to see all the Film Ready Utah communities have to offer.

For other job opportunities in the film industry in Utah, click here.

To find out how a community can participate in the Film Ready Utah program, contact the Utah Film Commission at [email protected].

Stephanie DeGraw is an award-winning journalist. For 25 years, she has been involved in journalism, broadcasting and public relations. DeGraw has worked for the Salt Lake Tribune, Associated Press and The City Journals. She was a reporter for a CBS television station in Twin Falls, Idaho. She graduated from Weber State University with a bachelor’s degree in journalism and broadcasting.