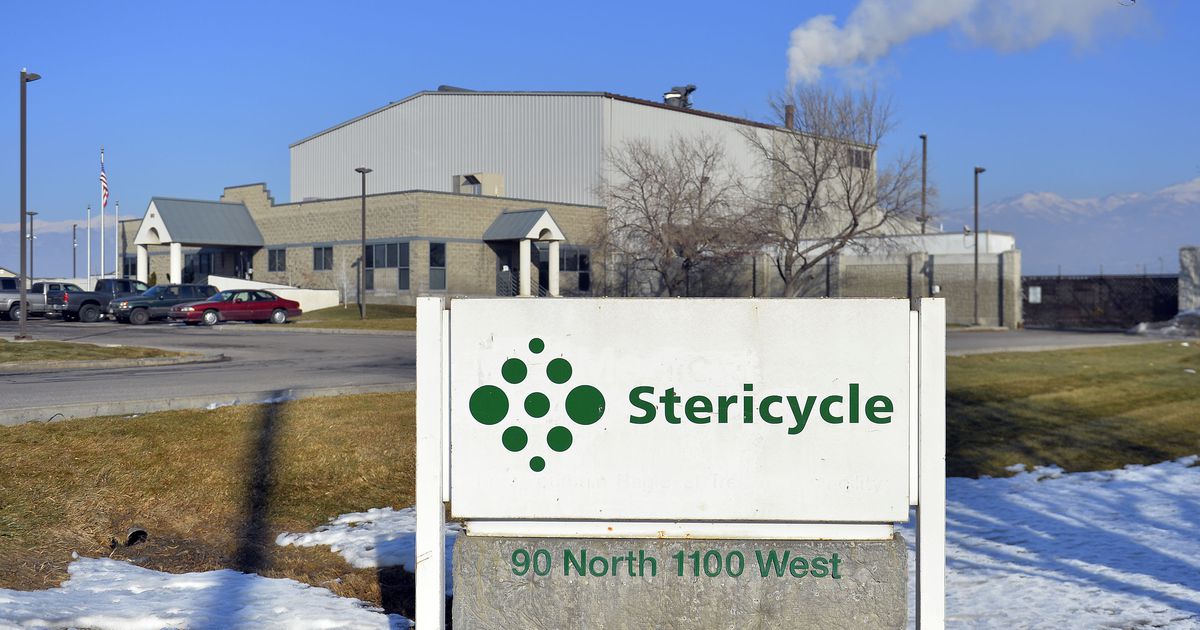 Activists are hailing the demise of one of Utah’s most notorious polluters as a victory for citizen activism, but some are wondering why it’s taken so long.

After 33 years of burning Utah’s medical waste at the edge of growing Davis County subdivisions, Stericycle’s North Salt Lake incinerator closed for good Friday, dropping the curtain on a never-ending drama over the The company’s alleged failure to control toxic emissions and efforts to cover it up are mounting.

Before it was forced to upgrade its operations several years ago, the plant’s emissions control equipment occasionally went offline during power outages, resulting in conspicuous black plumes on the Foxboro neighborhood, according to locals.

Utah’s Department of Environmental Quality (DEQ) later discovered that the plant was exceeding its emission limits and had rigged stack tests to give a false impression that the plant was in compliance with its permit. This led to a record $2.3 million fine against Stericycle in 2014 and an agreement to move the incinerator to a sparsely populated part of Tooele County.

When that plan fell through in 2019, DEQ put Stericycle on notice to cease incineration in Utah within three years. His license to burn trash expired on July 1, according to DEQ spokesman Matt McPherson.

For Alicia Connell, this day should have come much sooner.

“I’m grateful to see that this company will no longer harm our children,” said Connell, a former Foxboro resident and mother who led the battle against the incinerator. “Utah is all about doing good business. It wasn’t a good deal. They were the ones enjoying Utah without watching everything they did every minute.

A real estate broker who later moved to Farmington, Connell maintained close ties to the Foxboro community and later went to the Legislature on its behalf to advocate for changes to the law, forcing Stericycle to make changes operational.

Stericycle officials did not immediately respond to a request for comment on Tuesday.

A global processor of medical waste and biohazardous materials, the Illinois-based company has operations in virtually every other state and 16 other countries. But it only operates incinerators in a handful of locations.

Brian Moench, president of Utah Physicians for a Healthy Environment (UPHE), thanked citizen activists like Connell for bringing government and public attention to the threat medical cremation poses to Utah.

“After years of town halls, protest rallies, meetings with the governor and state officials, criminal investigations, and even a march led by Erin Brockovich, public health protection has finally earned a hard-fought victory in North Salt Lake,” said Moench. in a statement Tuesday. “Make no mistake about it, it was citizen activism that forced the state and federal government to put enough pressure on Stericycle that shutting down their incinerator was their only viable option.”

Following Utah’s record fine, the United States Environmental Protection Agency conducted its own enforcement action, resulting in additional assessments of $2.6 million the last year. Most of that money went to help a school district in Davis County buy low-emission buses.

“Medical waste incinerators must be operated in strict compliance with national air quality laws,” said Jean Williams, assistant deputy U.S. attorney general for the United States Division of Environment and Natural Resources. Ministry of Justice. “Stericycle has installed new pollution controls and made operational changes to remedy the violations alleged in the complaint.”

What troubled Connell and others was Stericycle’s reluctance to voluntarily upgrade its plant despite intense public pressure.

The incineration of medical waste is a harmful and unnecessary practice, according to the UPHE.

“It only served to spread toxins in the community and even create new ones,” said executive director Jonny Vasic. “Allowing Stericycle to obtain its initial license in 1989 was controversial at the time, but has become much more so over the past 15 years.”

When Stericycle began operations in North Salt Lake, there were few homes near the site at 90 N. 1100 West. Over the years, however, homes and schools have grown to the property line, and a major trailhead leading to the Legacy Parkway has been built nearby.

What was once an isolated place has long since become a neighborhood with an industrial incinerator within it.

Instead of cleaning up factory operations as more people moved into the area, according to Connell and environmental activists, Stericycle allowed power outages to disrupt its equipment, releasing smoke. loaded with hazardous substances in the neighborhood.

Backup power systems could have minimized these “disruptive” events, which occurred as often as every other week, but Stericycle would not have agreed to install them, Connell said.

“The technology was old and outdated and it was clear they weren’t interested in improving things without being forced to,” she said. “They weren’t willing to sit down to discuss making things better.”

With the help of then-Rep. Becky Edwards, R-North Salt Lake, Connell pressed the Utah Legislature to require upgrades to waste incinerators that have since helped limit Stericycle emissions.

“They were finding loopholes so they could burn things they shouldn’t be burning,” Connell said. “They could have added a backup battery themselves. I shouldn’t have gone to the legislature and fought for two years to get them to do it.

‘Art is a good teacher’: New public exhibition draws attention to the drying up of the Great Salt Lake