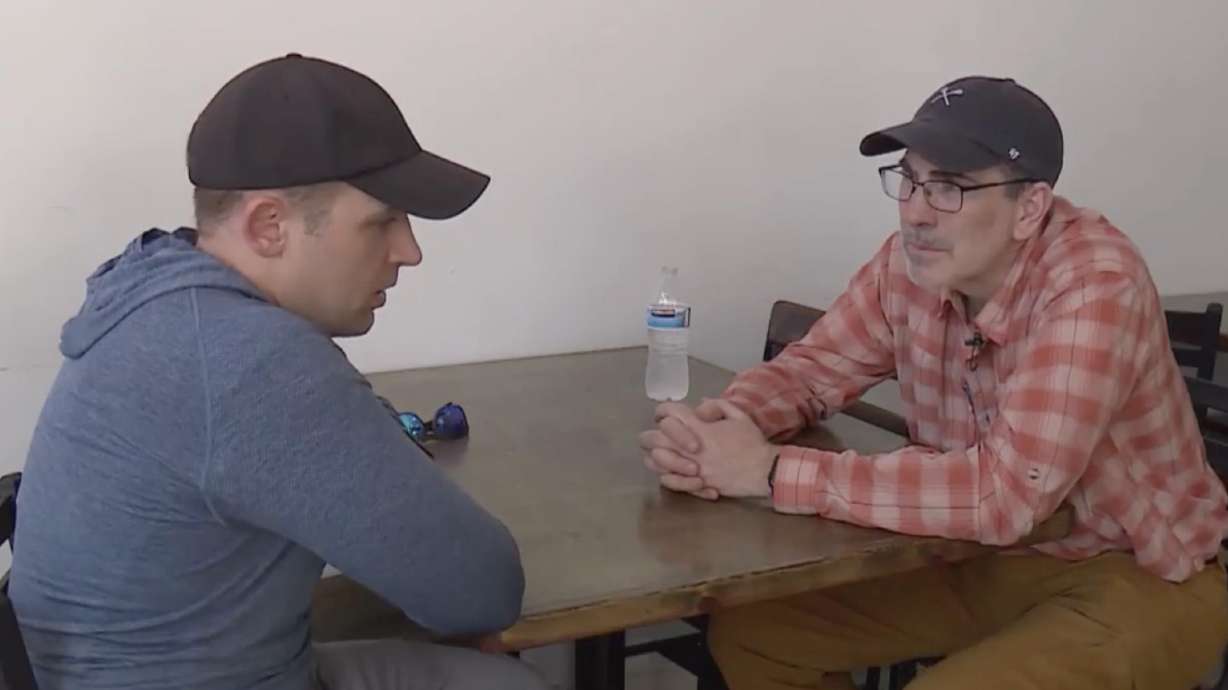 SALT LAKE CITY – There’s something about good coffee that leads to even better conversations. Maybe it’s the smell or the vibe. Or maybe it’s just a comfortable, safe place to talk about anything.

Sergey Zasukha knows all about the importance of security. That’s why he came to this cafe in Salt Lake City.

He couldn’t thank his new friend, Rob Sturgill enough. “How could you not want to meet someone who literally saved your sister and sister’s life, you know?” he said.

Saturday night’s meeting was the first time these two men had met. However, they have already spoken on the phone.

Sturgill and his team were recently in Lviv, Ukraine, helping Ukrainians in the midst of war. “We showed up there to deliver supplies,” Sturgill told Zasukha.

One day, Sturgill, who is from Salt Lake City, was delivering medical supplies to people when he encountered a woman and her daughter desperate to get to the border.

The Russian soldiers were closing in and she wanted to escape.

“As we started to visit her and she got in the van, she mentioned that she had a brother in Salt Lake City, Utah, and, you know, really? So while we’re driving down the road, I basically said, let’s call your brother.”

His brother is Sergey Zasukha, and this was the first time these two men from Salt Lake City had spoken to each other.

“It’s probably a phone call I’ll never forget,” Sturgill said. “Just to let her know that, hey, I have your sister in the car, and we’re going to take care of her. And so, that was kind of a sweet, loving phone call between the two of us.”

Zasukha’s sister and niece are now safe across the border.

A few days later, Lviv is attacked and bombarded by the Russian army.

“You changed the direction of someone else’s whole generation,” Zasukha told Sturgill at the cafe.

“It’s very grateful to be able to be there, to be there at the right time,” Sturgill replied.

Cafes have always been places where friendships grow, and it looks like this one is going to last.

“We will be friends for the rest of our lives because our paths crossed,” Sturgill said.