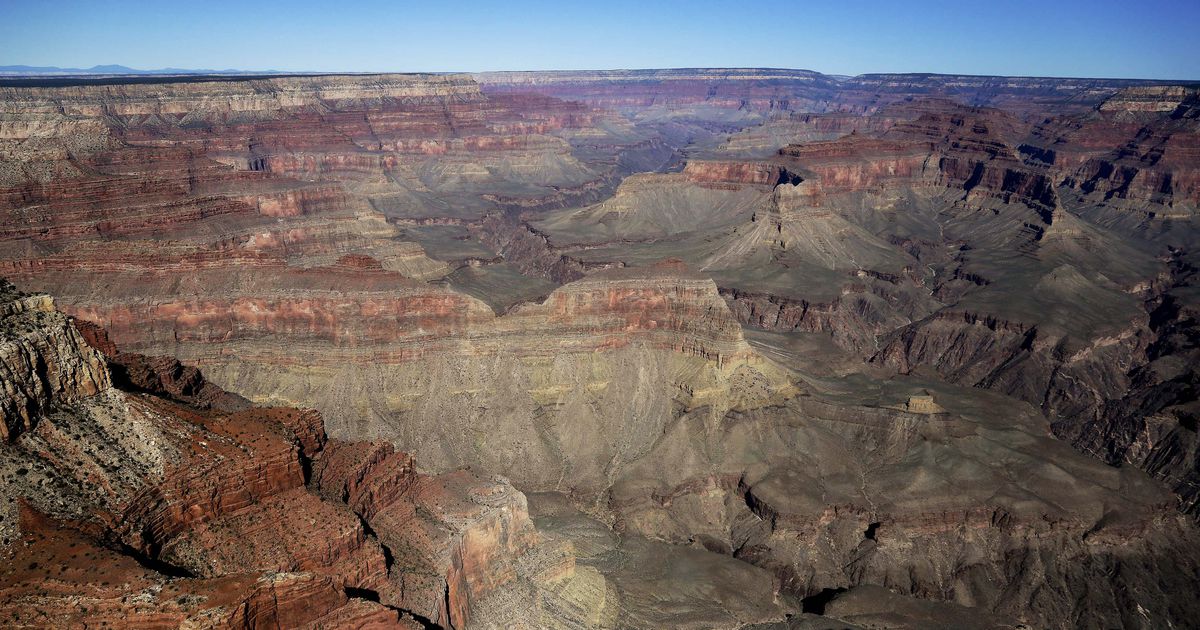 (Julie Jacobson | AP) Grand Canyon National Park is covered in the morning sun as seen from a helicopter near Tusayan, Arizona, October 5, 2013.

A Salt Lake City woman who was deputy director of Utah’s Division of Water Quality died Monday at the Grand Canyon after falling near a campsite along the Colorado River.

The National Park Service identified her on Tuesday as 34-year-old Margaret Osswald. The water quality division confirmed that Osswald, who went by the name Meg, had recently been named assistant manager.

“We are deeply saddened by this loss, and our thoughts and support are with his loved ones during this difficult time,” the division said in a statement.

Osswald fell about 20 feet, according to the park service. Someone called park officials around 6:30 p.m. Monday to report that Osswald was unresponsive near Camp Ledges, a site of stepped reddish rock slabs at mile 152 up the river.

It was dark at the time, and the Arizona Department of Public Safety deployed a helicopter to the site, where a response team declared Osswald dead around 8:30 p.m. Campers tried CPR before crew members arrived, according to a news release.

Osswald had hiked through the canyon for a river trip to ghost ranch, a popular lodge at the bottom of the canyon. She died on the sixth day of a “multi-day” boat trip, officials said.

According to the Utah State Bar, Osswald had a law degree from the University of Utah. She was admitted to the bar in 2016.

The Park Service and the Coconino County Medical Examiner continue to investigate Osswald’s death. They declined to divulge any additional information.