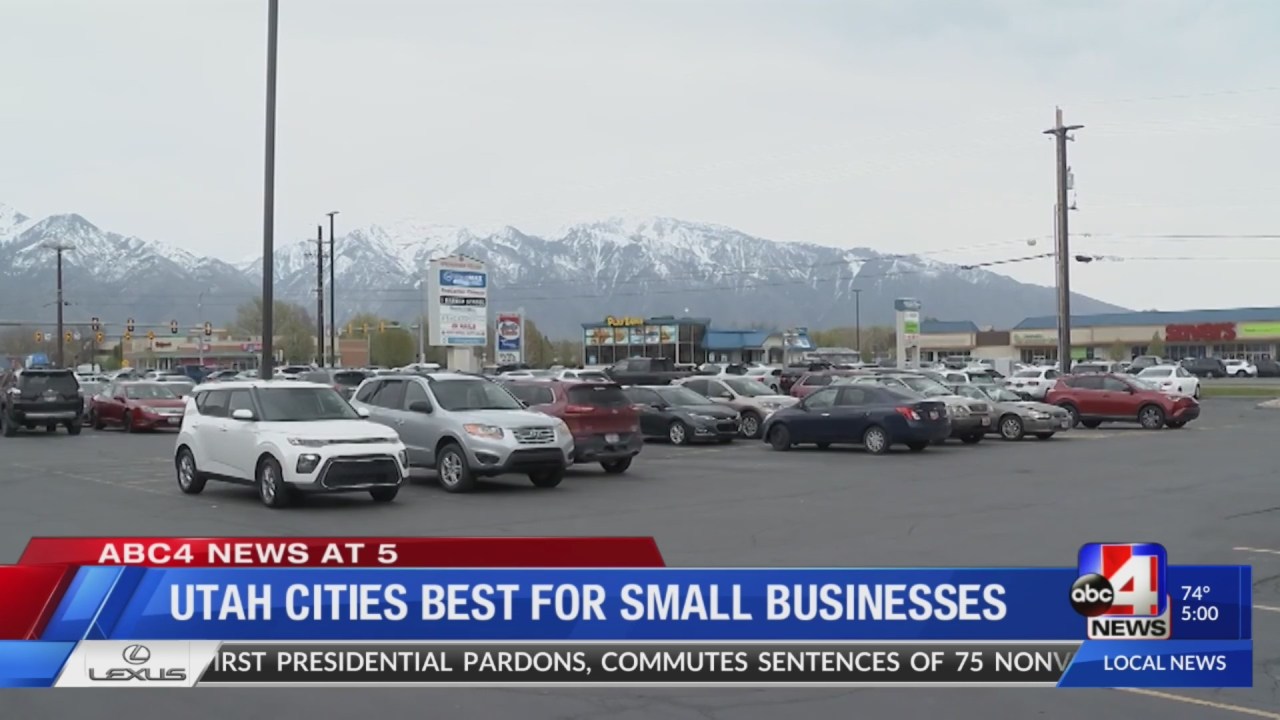 SALT LAKE CITY (ABC4) – Ten cities in Utah are ranked among the best for starting a business.

WalletHub, a personal finance website, published its research with data from the US Census Bureau and the Department of Labor.

ABC4 spoke with Midvale government leaders to see how they feel about this achievement and what they are doing to keep climbing the list.

“We feel good about this,” said Midvale Mayor Marcus Stevenson. “Cities do a lot of work to make sure we have successful small businesses, but a lot of that happens behind the scenes and unless you’re a small business owner, you may not interact. not always being in the city that way, so the fact that we’ve been recognized in that is something we’re really proud of.

Governor Spencer Cox also tweeted the poll and said, “Once again, Utahns are being recognized for their innovative and entrepreneurial spirit.”

Midvale City has a population of nearly 35,000 people with approximately 1,300 businesses.

Midvale Mayor and Midvale Councilman Dustin Gettel said it was humbling to receive the recognition, but they want to keep improving.

“We’re always happy to be on this list, but of course we liked our position last year at number seven,” said Midvale Councilman Dustin Gettel. “I noticed this year that there were even more Utah cities on the list.”

Both Mayor Stevenson and Gettel said his city is welcoming and proud of its inclusion, which is why they believe it ranks so high on the list.

“Midvale really comes from small town roots and so I think you have the residents who have lived here for generations who really want to support our small businesses and then you have younger families who are a bit newer to the area like me and my family supporting and starting their own business,” Mayor Stevenson said.

WalletHub used data from the US Census Bureau and the Bureau of Labor Statistics to compile the list.

“I think the biggest reason for Midvale is in its name,” Gettel said. “We are in the middle of the valley. We have a very charming small town atmosphere although our population is growing significantly. We have seen a 30% increase in population between 2010 and 2020.”